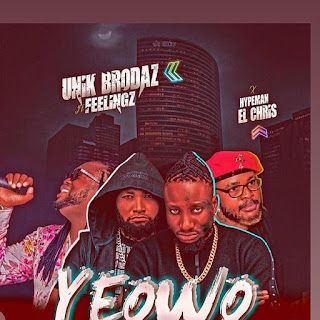 Unik Brodaz has released their brand new single titled “Yeowo”. On this banging new tune the Amem crooner collaborates with the indigenous and prolific producer Feelingz and Hypeman El Chris to bring the vibes to your speakers.

After the successful released of previous song ‘Careless’ which is gaining more hype by the day and enjoying massive airplay and downloads.

This sensational new track is an up-tempo afro-pop dance tune. ‘Yeowo’ which means ‘with Someone’ in ibibio talks about selfless doings, that in whatever you do invite someone to join you. Don’t do it alone do it with someone…

Update your playlist with this lovely and energized song that you will love and thank us later.
Download share and enjoy