Connect with us
Buhari tested positive to coronavirus? Read journalist Kemi Olunloyo reports
Investigative journalist “Kemi Olunloyo” report that Buhari coronavirus virus test which was declare to nigeria negative is a lie
She said president Muhammed Buhari is under isolation
Read her report below

@KemiOlunloyo
#BREAKING UPDATE is that Prez @MBuhari is very sick with persistent coughing. A ventilator has been brought in from a hospital to set up a makeshift ICU to treat our Commander-in-Chief. He had contact with his Chief of staff Mr Kyari who tested positive for CORONAVIRUS #COVID19 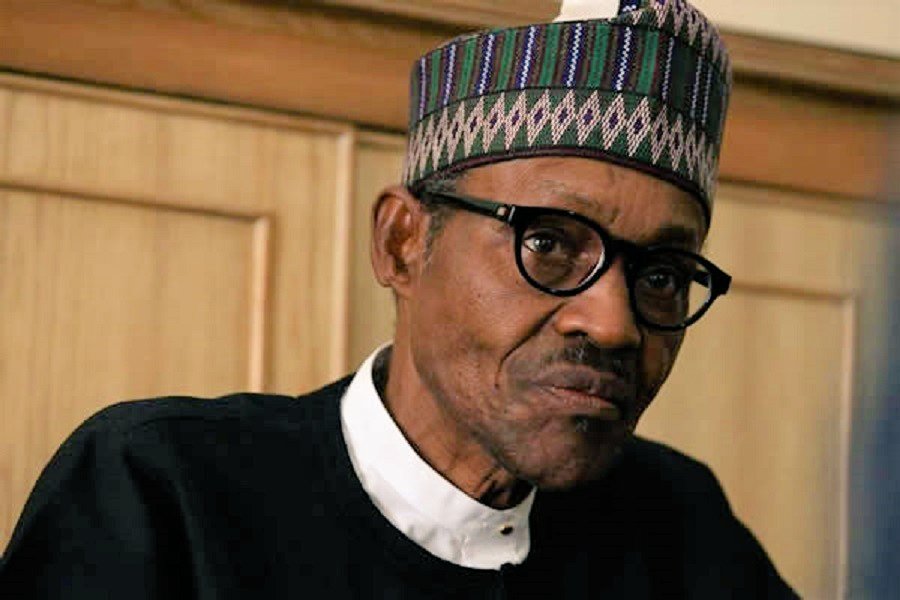 5,582 people are talking about this
However, fears are emanating that the Chief of Staff, Abba Kyari who has tested positive for the dreaded coronavirus disease may have transmitted the virus to more people including Governor Yahaya Bello of Kogi, Minister of Information, Lai Mohammed, Special Assistant to the President on Media, Garba Shehu; Minister of Special Duties, George Akume; Minister of State for FCT, Ramatu Tijani; Geoffrey Onyeama, and other dignitaries and visitors at the prayers held on March 17th, 2020 for the deceased mother of the Kogi State Governor.

@ButtyGhetto
If Kemi Olunloyo’s claim about Buhari turns out to be true, then na Davido give that Ibadan girl belle be that.

296 people are talking about this
Related Topics:
Up Next HoganHost ANNIVERSARY SALE: HoganHost is turning 2 years old, so they are going to celebrate this special day with an ANNIVERSARY SALE! Starting, September 9, 2021. On the occasion of their Birthday sale, the cost of shared plan or dedicated server will be for free

During their Birthday, the shared hosting, Offshore hosting, Reseller hosting, Vps/Dedicated server plan will be for free, for new and existing customers. READ ALSO: Tension in Jos as States continue with massive evacuation of citizens

The federal Controller told reporters in Kano that activities at various sections of the strategic road are on smooth ride, adding that the 2023 delivery date is feasible.

Engr Ali stated that, the hybrid road project includes upgrade and reconstruction of over 100 bridges, and box culvert within the stretch of Kano- Zaria section of the highway.

He disclosed that the hybrid highway that runs from the Federal Capital Territory through Kaduna State that terminates at the commercial city of Kano was among the list of 25 ongoing road projects in Kano and environs.

Similarly, Kano Gwarzo – Dayi flagged off recently by Kano State Governor, Dr. Abdullahi Umar Ganduje with a stretch of 90 km is ongoing as contractors have since mobilized men and equipment to site.

Tension in Jos as States continue with massive evacuation of citizens Tension in Jos as States continue with massive evacuation of citizens.

As some states rush to evacuate their citizens studying in Plateau State following the activities of bloodthirsty men who have been on the prowl, killing unsuspecting residents, indigenes and others who are stranded, the State remains under tension as attacks have continued.

Recall that Plateau State was recently plunged into unusual security crisis following the massacre of over 30 travelers who were attacked along Rukuba Road in Jos North Local Government Area of the State on August 13.

The victims, majority of whom were Fulanis, born and brought up in Ondo State, were attacked while travelling from Bauchi en-route Jos to Ikare in Ondo State.

DAILY POST reports that the incident triggered other attacks in the State as some ‘unscrupulous’ citizens embarked on what may be termed as reprisal attacks.

The security crisis has forced some schools in the State including the popular University of Jos and the Federal College of Forestry to suspend academic activities and shut down pending when normalcy returns to the State.

The crisis grew worse on Wednesday following the report of about 35 persons who were slaughtered in Yelwa Zangam community, Jos North Local Government Area of the State by armed men suspected to be bandits.

The assailants were said to have disabled the bridge leading to the community, preventing any access by security agencies before launching the unfortunate assault.

Apparently rattled by the skirmishes around the university and the continued flares of tension and threats of reprisals, many states in the country have rushed in to evacuate their citizens to avoid being slaughtered by gunmen said to be on the prowl in the state.

It would be recalled that the UniJos Chapters of ASUU, and the Students’ Union Government, SUG, had recently raised the alarm over the continuous killings of students of the University by hoodlums suspected to be bandits.

At least, eight states including Benue, Enugu, Abia, Ogun, Oyo, Kogi, Kwara and Gombe have Successfully  evacuated their students from Plateau over the continued reprisal attacks.

Some stakeholders who spoke with DAILY POST on the implications of the evacuation, said the move would have negative effects on the mental health of the affected students.

A psychologist, Dr Torwe Ngunan who spoke with our correspondent from Benue State, said, “the shock, the emotional stress that those students went through even before they were evacuated is enough to keep them depressed.

“Some of these students were eyewitness to the killings. They will have difficulties trying to reason properly at least for sometime due to the memory. Right now, they need to be engaged in some social activities so that they can put off some of the horrible memories”.

In the same vein, a lecturer in the Faculty of Social Science, University of Abuja, Dr Olawole Michael, lamented the disruption of academic activities in the affected institutions.

“Definitely it will affect both the students and the school. To think that after all the setbacks in 2020 due to COVID-19 pandemic, students are still forced to go home because of security crisis is not good for the ears.

“Be assured that most of the students that were evacuated will not return to the school. That will affect the institution also. No parent will allow his child to go to school in a place where he or she would not be safe,” he said.

DAILY POST’s finding reveals that despite the closing of the institutions, some students particularly from the Southern parts of the country are still stranded in Jos city as fear of attack continues to mount.

But the spokesman of the Plateau State Police Command, ASP Ubah Gabriel Ogaba, in a chat with DAILY POST on Friday, said security has been beefed up in all areas witnessing unrest.

According to him, prior to the evacuation of students from the State, security agencies were on ground to ensure that they were not affected by the mayhem unleashed by the assailants.

“I don’t think there are still students left in the hostels. Many states have evacuated their citizens, some may not publish it in the media but they have.

“Even before the evacuations, we had security everywhere in the state to ensure safety of residents.”

However, Plateau State House of Assembly on Friday gave Governor Simon La long two weeks ultimatum to take action on the prevailing security situation and restore peace in the State.

This was disclosed by the Chairman, House Committee on Information and member representing Pankshin North, Hon. Dasun Peter, during a world press conference by the State Assembly, in Jos, the State Capital.